Cinnamon tea will be helped to improve your neurological conditions, like Alzheimer’s and Parkinson’s. It can be also helped to lower the blood sugar level which will help to improve the condition of people having type 2 diabetes. Moreover, It is known to diminish your heart disease risk by helping to lower your blood pressure and increase your good cholesterol. Then, that is a good tea to drink after every meal because of prevention of your tooth decay and bad breath.

What Is Cinnamon Tea?

Cinnamon tea is an easy to prepare, delicious beverage which is prepared from the cinnamon stick, and is also an extremely healthy beverage. Cinnamon bark is the main ingredient of this tea. It is made from the cinnamon tree, and either the powder or the sticks can be used for brewing.

Tra Viet Cinnamon Tea is a mixture of cinnamon, sweet leaves, black tea and also juniper. That spicy tea is available in many varieties, but all varieties contain antibacterial and antimicrobial properties, Therefore it has been held in high regard as a medicinal beverage over the years.  The spicy sweet taste is also a good choice for people who love and want to enjoy tea.

Cinnamon tea has been known to help lower blood sugar levels as well as bad cholesterol levels, thus keeping the heart healthy. Moreover, it has antiviral and antifungal properties. So it can help treat various respiratory issues such as colds and coughs. The anti-inflammatory properties in that tea also help soothe various aches and pains in the body. Additionally, that tea is also capable of treating neurological diseases such as Alzheimer’s and Parkinson’s.

Firstly cinnamon tea can prevent indigestion. Due to its catechins, this tea can optimize the digestive process. Drinking it also can relieve bloating and indigestion. If you are suffering from such, having a cup of hot tea can be of great help.

In addition, regularly drinking cinnamon tea can reduce the amount of insulin, also blood sugar. If you are fond of eating sweets, this spicy tea also can help you. Two cups of this hot tea per day; and the results will speak for themselves!

In the other hand, cinnamon is popular in supporting proper blood circulation. Poor blood circulation can affect the body in many ways such as constipation, joint pain… However, the effect of cinnamon tea can “dislodge” the potential harm. It helps heat body, naturally dilute blood and also increase blood flow.

Drinking a cup of cinnamon tea is certainly a natural way to give your brain the energy. According to reports, drinking this tea can increase your thinking speed and concentration levels quite significantly. With its quite impressive brain boosting functionality, it is also considered a long term solution for the treatment of Alzheimer’s.

Do you feel uncomfortable when your hands, feet are always cold? That hot tea is even more your ideal solution. So you will feel comfortable and strong. At the same time, the effect of this spicy tea also eliminates the risk of colds and some other health problems.

The classic cinnamon tea has a soothing effect on your mind because it calms down your nerves after a stressful day. That hot tea is certainly a perfect choice for you to overcome depression and normal headaches. 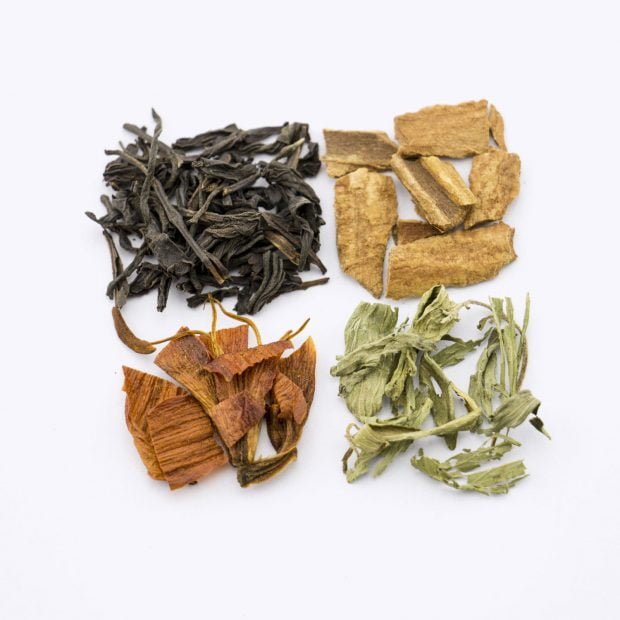 How To Brew Cinnamon Tea?

You can watch this video to get more clearly

There are no reviews yet.

Be the first to review “Hotel Giveaways – Cinnamon Tea”